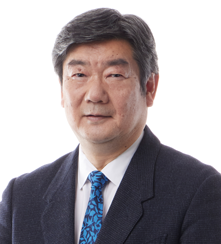 Central Institute for Experimental Animals is private and independent Non-profit institute, founded in 1952 with the aim of contributing to medical care and medical science based on animal experiments, which are considered to be quite rare globally.

We have earned an excellent reputation in the research, development and commercialization of the world's most advanced laboratory animals and germ-free animal-related technologies that provide support therefor, as well as other technologies such as monitoring tests, pathology tests, genetic modification, developmental engineering, and image analysis, and cooperate with universities and research institutions in Japan and other countries, international public organizations such as WHO, NIH, FDA, and NIBSC, and business enterprises.

Working with WHO, we played a very important role and achieved satisfactory results in a polio eradication program, in the establishment of muscular dystrophy therapeutics, in the establishment of procedures to demonstrate the safety of regenerative and cellular medicine, and in the development of various pharmaceuticals for cancers and other diseases. We aim to do something others have never done, commercialize work that has been started even if it takes 20 to 30 years, and contribute to the health of human-beings of the world as a world-class system. We perform cutting-edge original research, collaborate with world-leading researchers, universities, business enterprises, and regulatory agents, and continue research and development activities to contribute to solving issues which the world today faces, such as cancers, life-threatening diseases of the central nervous system such as Alzheimer's disease, from rare diseases to familiar allergic diseases, and the development of fertility treatment technologies to address declining birthrate and aging population.

On the other hand, as an independent research institute, it is inevitable that we independently raise funds for our research. We need to expand the structure to commercialize the research outcomes by entering into licensing agreements with business enterprises, and collect royalties to fund further research. While being a research institute, there is a need for development activities not only for research but also for commercialization, diffusion and sales expansion activities in cooperation with licensees in Europe, the United States, China, and other countries, and a consulting business. This unique business model is our quintessence. We think that research outcomes become a public asset when they are applied in real-world settings and are widely used by people all over the world, contributing to the health of human-beings.

We, CIEA, always have a sense of tension, break the common sense, and keep challenging while keeping the essence in sight.

We would highly appreciate your continued support and cooperation. 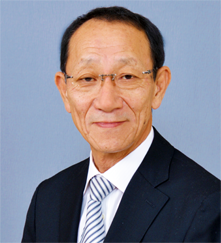 It has been 68 years since the Central Institute for Experimental Animals (CIEA) was founded in 1952. This period can be divided into two phases based on the research activities of CIEA. The first phase was a period of about 40 years from 1952, during which guidelines for laboratory animal care and management and quality control of animals were established to obtain reproducible results in in vivo experiments. The second phase was from the 1990s to the present, during which the development of new laboratory animals and animal experimental systems was carried out based on basic technologies obtained in the first phase. The examples of successfully developed systems are the short-term carcinogenicity test for new drugs using the rasH2 mice and the neurotoxicity test for live polio vaccine using Poliovirus receptor Tg (PVR) mice. Furthermore, we presented a novel animal experimental system, known as “humanized mice,” to the world based on the NOG mice developed in CIEA. We are now developing human neurological disease models by genetically modifying a small primate, common marmoset. The results of this long-term effort in CIEA have greatly contributed to the improvement of laboratory animal science, basic research in medicine and biology, and drug discovery. The concept underlying these efforts is "in vivo experimental medicine" defined as an animal experimental system that contributes to the development of medicine, which was proposed by the late founder and the first director of CIEA, Dr. Tatsuji Nomura, . We will continue to follow this concept in the future.

Meanwhile, compared to the past, present technological progress has been remarkable. Moreover, technologies such as PCR, genetic modification, and next-generation sequencing have actually changed not only the methodology but also the way of thinking in the field of medicine and biology. Big data analysis and AI may also rapidly change the methodology used in medicine and drug discovery. The conventional experimental animals and animal experimental systems may be unable to cope with these changes. With regard to this, we must contemplate determining an animal experimental system suitable for future medical research and drug discovery. Therefore, it is necessary to implement new initiatives in the field of laboratory animal science by employing results from different fields of science in addition to providing conventional laboratory animals and animal experimental systems and the related information. We look forward to your continued cooperation and support.

This museum introduces the history of CIEA that extends to almost 70 years, together with various interesting events that have actually taken place over the decades.